Former patterns embroidered, painted, sawn or otherwise woven into traditional outfit is a very interesting topic for many people, especially for enthusiasts of regional studies, genealogists, historians, ethnographers, and also people associated with the world of fashion.

Pictures from many years ago show us how old style-costumes looked and also other everyday clothes.

The picture below presents two maids in folk stables from the Małopolska region, near Miechów. The girls are wearing fancy shoes and clothes embroidered with sequins. On the „serdak„ (woman’s vest ) of the girl on the right side of the photo, a bursa is visible at the bottom of the corset. „Serdaki„are cross-linked patterns spread evenly on both sides of the outfit.

Black headscarves tied at the back are visible on the heads of both of the maidens. The girls are dressed in white shirt blouses. Several corals are hanging from both of their necks. Both have flowery skirts. The maiden on the right side of the picture, has bright skirts with floral prints. Both have light, lightweight aprons on the top of the skirt with 4 rows of ribbons sewn across the bottom of the apron.

The photo can be published thanks to Basia from Podlesice. It was kept in the collections of her ancestors from Podleśna Wola near Miechów. The picture may present the people from the family named Duda and Machejek.

It might have been taken in the 20s of the twentieth century. 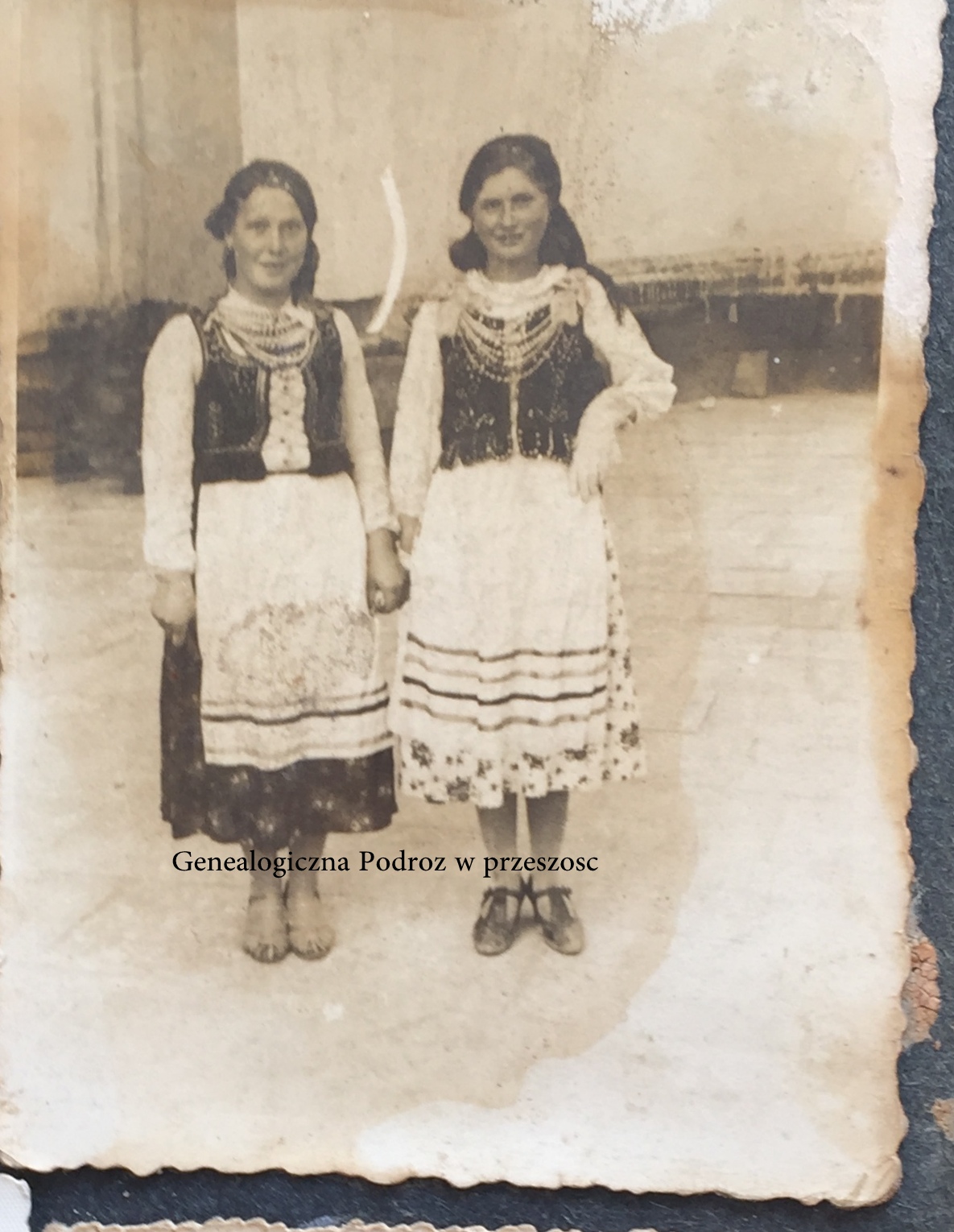 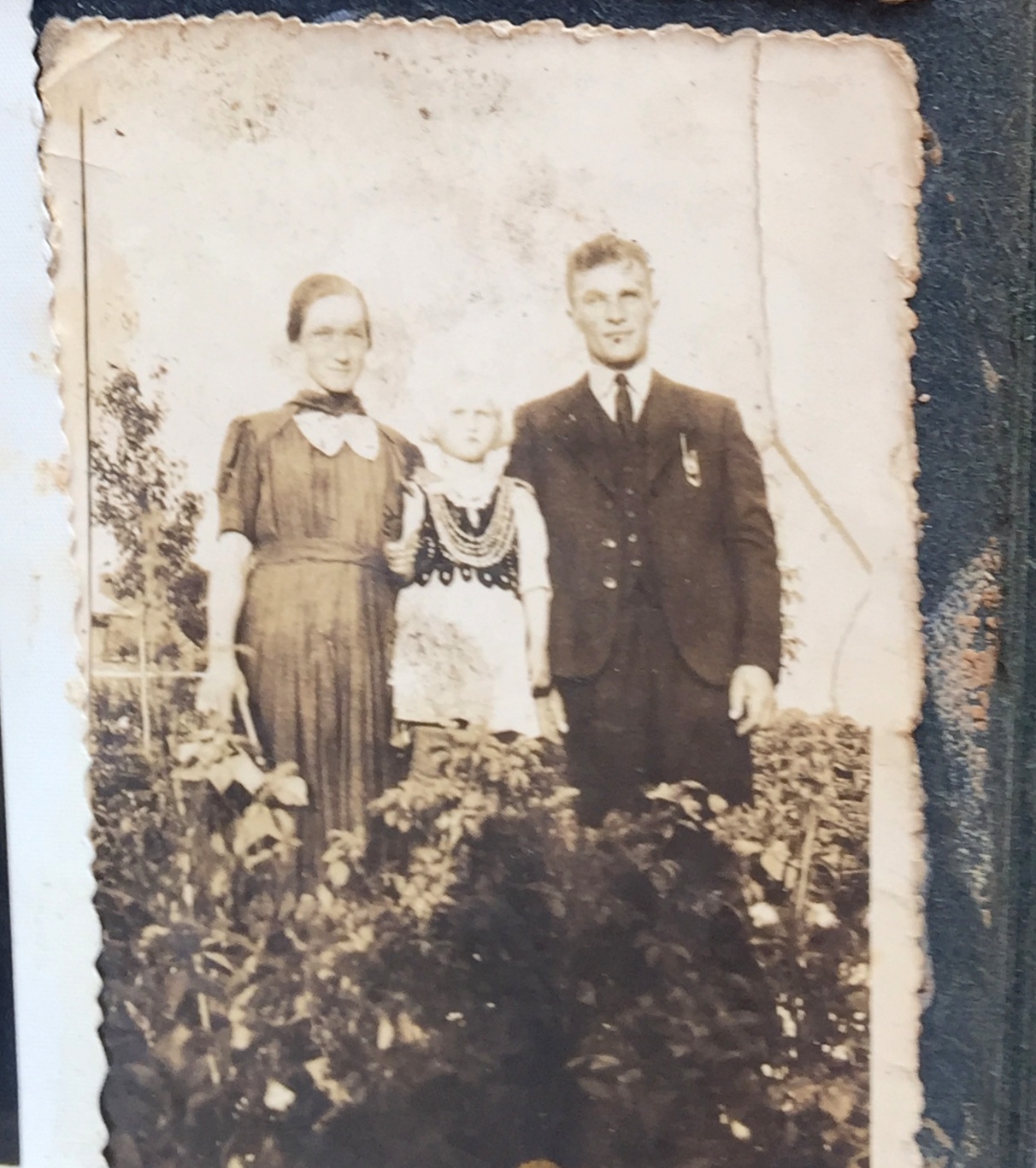 Another picture shows a family with a several-year-old child. The picture could have been taken in the summer months, for example in a home garden. The woman is wearing a costume from the 20s. Dress with pleats running from top to bottom, sleeves reaching the elbows, a white bow under the neck . The dress is sewn with a belt made of the same material. Dark hair, smoothly combed around the head.

A girl with light hair, about five years old, is wearing a folk costume. A prominent „serdak” with wallets, embroidered with embroidery and embroidered with sequins. Several rows of corals can be seen on the child and reach down to the waist. The girl has a white blouse with sleeves stopping just below her elbows. At the bottom of her outfit light stocking and a darker skirt underneath are visible.

A man dressed in a dark single-breasted suit with a vest, a white shirt and a tie.

I hope, I will be able to show even more photos such as the ones shown above. I hope that together, we will determine who are the people presented on these photo campaigns. Although they were created almost one hundred years ago, they are still able to impress not one enthusiast of regionalism, genealogy, … but also many other fields.

The folk costume, which I have made by myself.

Copies of souvenir photos from 100 years ago thanks to the kindness of Basia from Podlesice.