Since that time, we have exchanged a lot of information about the life of Pasiaks in the USA and Pasiaki from Podkarpacie Wólka Łętowska (the place where C. Pasiak‚s ancestors came from – Ludwik Pasiak) and from nearby Groble, where the ancestors of Michał Pasiak and his siblings came from. 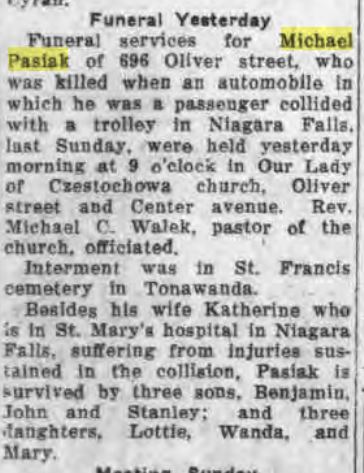 Thanks to another search engine, I have managed to find a picture of Michał Pasiak‚s grave 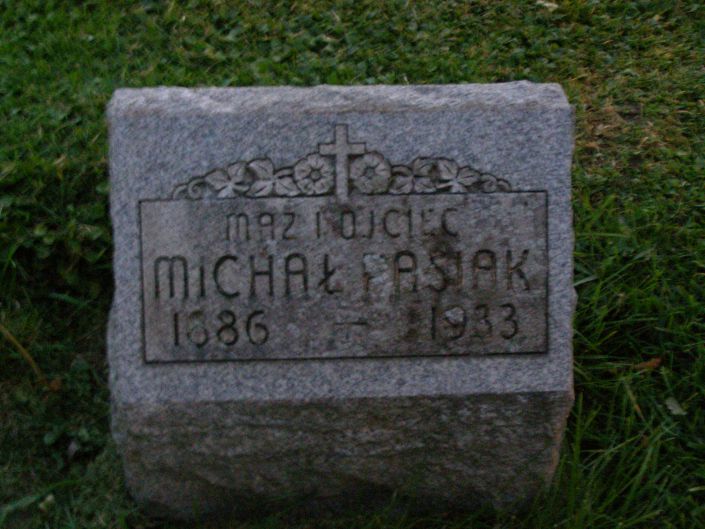 The next steps, which I decided to take were attempts to find information about Michał‚s descendants. And in this case, C.Pasiak from USA proved to be very helpful.

On the ninth of February this year, I have received email from her with another historical information from newspapers, from the previous century. Information about Michał Pasiak‚s children were posted there. 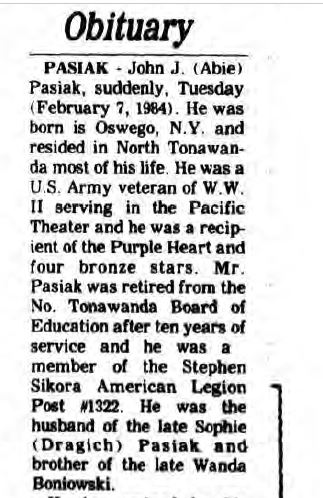 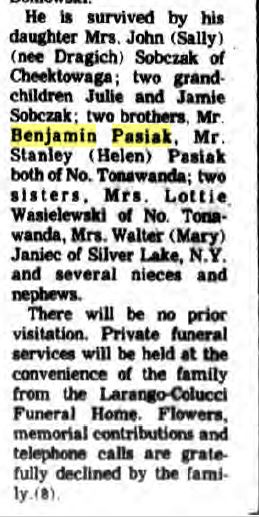 On 24 March, 1982 Tonawanda News provided information about the death of Michał Pasiak‚s daughter-in-law 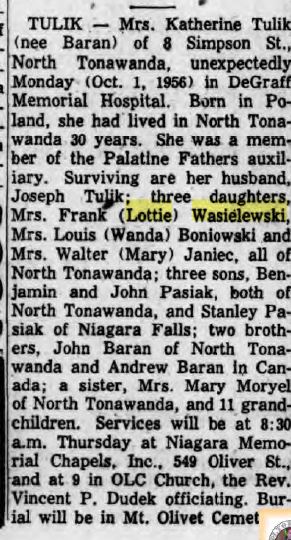 I have a Pasiak from Groble in my family tree, He married my great-great aunt Katarzyna Kolano. Unfortunately do not know his first name but I do know that they had a daughter Karolina. I’m interested in Groble, Łętownia & surrounding villages. Names Kolano, Całka, Konior, Pasiak. Unfortunately nothing is available on-line from that area which hampers my research as I live in Canada. Would appreciate if somebody doing a research overthere contacted me.

Thank you for comment :). I will try to found more information ,which could be help you 🙂 , It isn’t easy because is only very little information possible to get online from that area.
I try to doing research over 10 years. I hope I can add some detail to your family tree.